Tuesday 08 January 2013 – A few months ago, I decided to save space, so I took all of my DVD discs out of their cases and stored them inside folders. 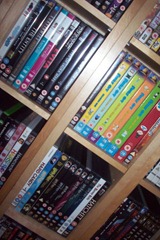 After years of being on shelves in alphabetical order they now reside inside zippered cases with see-through pockets. Of course they are all slipped into their sleeve alphabetically and if there’s more than one disc per show then they’re filed chronologically.

Recently I purchased twelve new DVD’s and so had to then slot them into the correct position, which meant shuffling them all into their new positions. As I currently have nine cases, and each case holds two-hundred discs it became a mammoth job.

First I assembled the new discs into alphabetical order, and saw that the first film was Benvenuti al Nord, meaning I’d have to move approximately 1789 discs just to slot this one into position. The task in itself took forty-five minutes to complete. 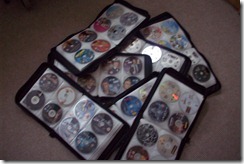 Now I know it may sound like a bonkers thing to do and I am aware that I’ll never get those minutes back. But I feel it’s worth it.

1. I am happier knowing that they are all in order.

2. If they were all mixed up, I expect it’d take more minutes in the long run to select a film, as I’d have to go through several cases until I found the one I wanted to view.

I guess some people would call this obsessive compulsive disorder.

I call it order. 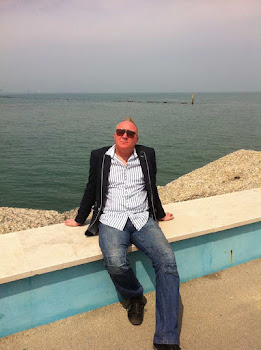